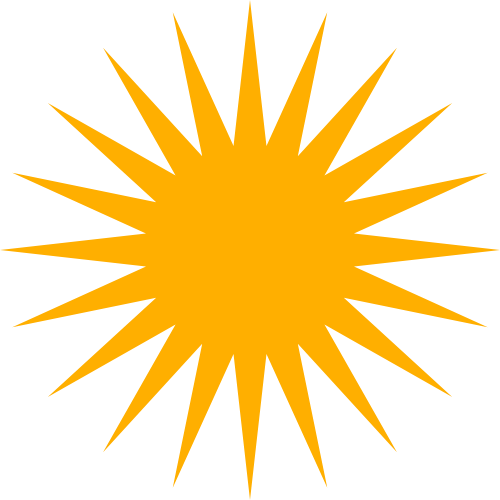 The Many Faces of Time

My grandfather clock (not my grandfather’s, but named for the technology of another era) has stopped working well. It runs for a while and then stops.

Not long ago, it ran as advertised (it is called an “eight-day clock”) and winding it once a week was enough. Now it no longer measures the flow of time for a full week.  As has been the case with my own embodiment, this retreat from full vigor has been gradual.

Let me say straight away that I’ve grown used to its ticking and chiming, and I consider it a stand-in for the beating of my heart.  It deserves an honorary place alongside the billons of cells that get me out of bed each morning and allow me to wonder what the future holds for us all.  For years, it has not only recorded the passing moments; it has reminded me to pay attention to them.

But things rarely stay the same.  Just as I have taken blood pressure medication ever since I had a TIA (mini stroke) three years ago; I have grown used to winding the pendulum clock twice, not once, a week.  As with people and favorite things, such declines don’t happen all at once, and these days it doesn’t always make it through the night.

Our grandfather clock’s vulnerability to the inroads of time has shown up before: several years ago, we took it to a clock doctor to get it back up to speed.  He kept it for months, cleaning it, placing a drop of oil somewhere, and replacing a few worn parts; after that, it ran all week.  This time, however, I feel the hour has grown too late to do that again.

My wife has found a video online about how to lift off its face and add a drop of clock oil to lubricate its mechanism, which could enable it to run for a few more years. But it’s not just the clock that is getting tired; I don’t feel ready to add one more item to my to-do list, when there are already plenty of tasks there that are not getting done.

So why would I bother continuing to wind this clock now that it is falling down on the job?  Because it does what an atomic clock, running in silence, can’t do.  True, it was nice to be able to walk through the living room on the way to pour another cup of coffee and feel confident in the time that appeared on its old clockface.  However, I have lots of timepieces, some of them ‘atomic’, which provide precise read outs of time, accurate to the second.  But that is not the only time there is to tell.

Each time I reset the clock, after I have noticed it has stopped, I am helping it to help me: not just to count moments, not just to tell me where I stand in the new day.  It reminds me of my hope to participate in the opportunities a new day is offering.  And it can only do that if we are swimming side-by-side in the ocean of time.  That’s why I bring in the Olympic swimmers (the atomic clocks) to set us both up at the starting gate yet again, after which we can once more tell ourselves: anything is possible. 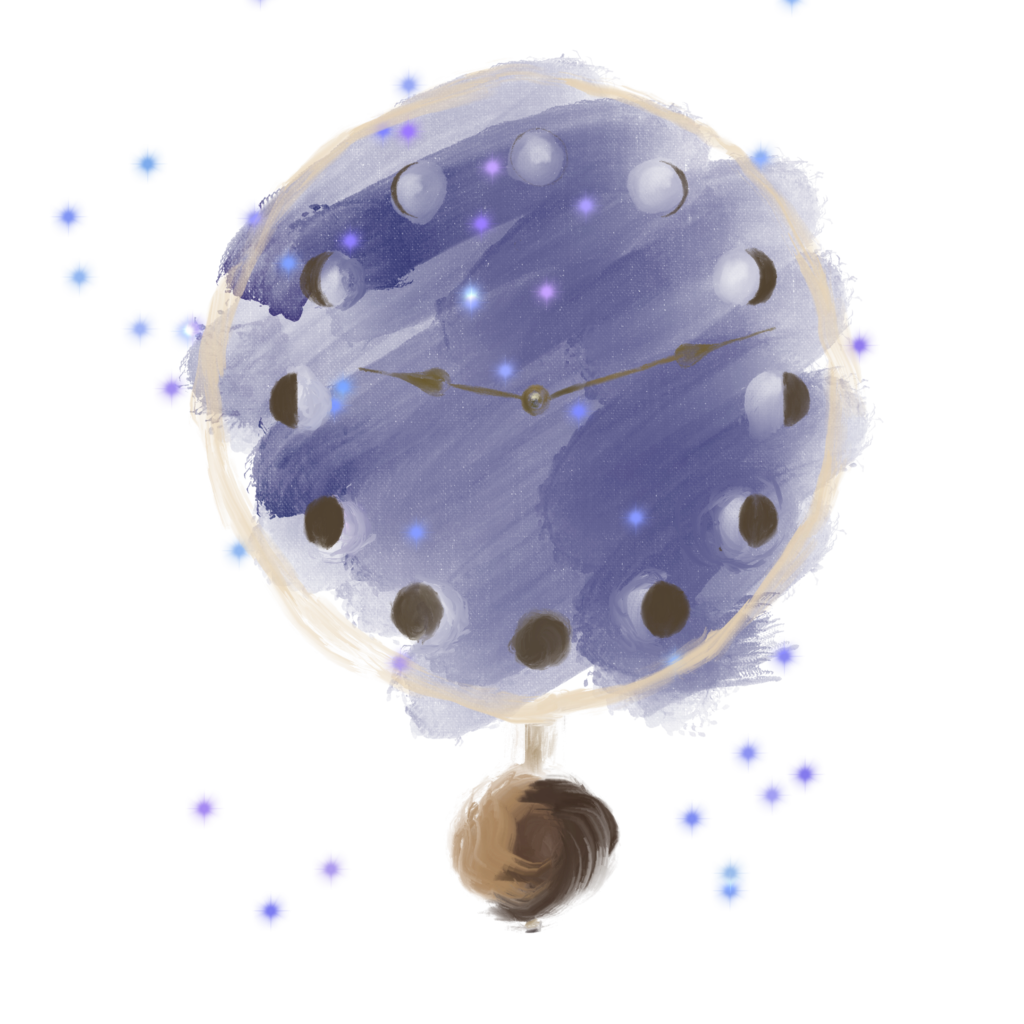 Pointing to the ‘correct’ time is not as important in my relationship with this clock as is its way of pronouncing time: when I hear the metronome of its pendulum, I know that I am not alone in harkening to the moments, as they run across the shore of my lifetime.

We were at a wedding this past weekend—Foster’s oldest son got married.  Since Foster—whose birthday would have been today (Oct 10th) and with whom I co-founded “Friends in Time” thirty years ago—passed on earlier this year, his son’s marriage felt like a milestone; one in which many of us there probably thought how happy Foster would have been.  A tablemate at the reception, also a good friend of Foster’s, has recently retired and I could sense, since I have already experienced that milestone myself, that part of him probably misses the identity work gave him: that daily context that reflects back to us images of our capabilities and provides us with companions in this moving world, a world that always seems ready to roll on without us.

Our moon, another pendulum in the sky, tells time for us Earth-bound beings, reminding us, in its constancy, that we are stewards over the fields and the water; that we are only visitors in the stream of time, on whose decency and kindness our fellow earth-bound beings rely.

Yesterday morning, when I went outside to pick up the newspaper, it was still dark outside.  I noticed the bright sliver of an almost new moon signaling that the sun would soon be rising over the Sandia Mountains.  The rest of the moon’s face, although dim, was brighter than the surrounding night sky.  I have learned to call this dim illumination of the moon’s entire face “Earth Shine”, and to account for it as light reflected from Earth onto the part of the moon’s face that is not in direct sunlight. A further element in this visualization is that, for anyone standing on the surface of the moon watching, they would see “a full earth” shining in their night sky.

Yesterday morning, this was more than an acquired item of astronomical knowledge.  I could visualize how sunlight, hitting half of the Earth’s surface, as it always does, was illuminating places to the east of where I was standing at the end of my driveway: Oklahoma, Newfoundland, the Atlantic Ocean, Europe. . .  I have visited many of those places (well, only the edges of the Atlantic where, on family vacations, I would dive into waves breaking on the shores of Nova Scotia and Maine).  Remembering those days in the sunshine of long-gone times allowed me to visualize how light reflecting from Earth was shining onto the dark side of the moon.

Our moon, another pendulum in the sky, tells time for us Earth-bound beings, reminding us, in its constancy, that we are stewards over the fields and the water; that we are only visitors in the stream of time, on whose decency and kindness our fellow earth-bound beings rely.

So, am I just throwing good time after bad when I continue to wind our pendulum clock, now that it measures seconds better than it tracks the hours?  Am I maintaining a carriage for a lame horse when I have a Prius sitting in the driveway?  Certainly.  But perhaps something else, as well.   When I look up from this page and hear the pendulum clock ticking out the passing moments, I can feel my mind and heart pausing.  For a moment, I give thanks for the example being offered: if this clock, with a little help, can keep ticking, then I realize that it is showing me a path into the future, which I want to do my best to follow, for as long as I am able.

Michael Gray is the author of a memoir, The Flying Caterpillar, two novels (Asleep at the Wheel of Time, Falling on the Bright Side), and Winter Came Early this Year, reflections on the path of grief. He is co-founder of Friends in Time (a non-profit serving people with MS & ALS), and past president of non-profits serving adults and kids with disabilities. A regular contributor to journals (Kosmos, Gesar, ReVisions, Eckleburg), he writes a weekly blog @ www.michaelgrayauthor.com

Description of the Work

How a new moon is a metronome in the sky, comparable to the old grandfather clock that now needs my interventions to keep counting. Both do more than count the moments. They both remind me to pay attention to those moments, and to the days and months that will not last forever.

An idea comes into my mind and before it disappears into the mists of barely remembered time, another idea comes into mind and they begin to waltz around each other, illuminating a readiness to see things in a different light. Then, when I pick up my pen—usually interrupting what I was doing—a wider perspective than either individual thought begins to open up and the activity of trying to capture those thoughts becomes its own adventure.